I am delighted to share my review today for The Dublin Railway Murder by Thomas Morris. This is a very interesting Victorian mystery that is based on a real case.

I requested this book via NetGalley and I was approved to read this from the publisher, Harvill Secker.

An astonishing real-life locked-room murder mystery set in Victorian Dublin, packed with gripping, perplexing twists. This meticulously researched true-crime tale reads like a quintessential Victorian thriller and is perfect for fans of The Suspicions of Mr Whicher.

One morning in November 1856 George Little, the chief cashier of the Broadstone railway terminus in Dublin, was found dead, lying in a pool of blood beneath his desk. His head had been almost severed; a knife lay nearby, but strangely the office door was locked, apparently from the inside. This was a deed of almost unheard-of brutality for the peaceful Irish capital: while violent crime was commonplace in Victorian London, the courts of Dublin had not convicted a single murderer in more than thirty years.

From the first day of the police investigation it was apparent that this was no ordinary case. Detectives struggled to understand how the killer could have entered and then escaped from a locked room, and why thousands of pounds in gold and silver had been left untouched at the scene of the crime. Three of Scotland Yard’s most celebrated sleuths were summoned to assist the enquiry, but all returned to London baffled. It was left to Superintendent Augustus Guy, the head of Ireland’s first detective force, to unravel the mystery.

Five suspects were arrested and released, with every step of the salacious case followed by the press, clamouring for answers. Under intense public scrutiny, Superintendent Guy found himself blocked at almost every turn. But then a local woman came forward, claiming to know the murderer….

This is a well-researched account of the death of George Little. He worked as a cashier for the Broadstone Railway in Dublin and his death occurred in 1856. This was a case that confounded detectives as the room was locked from the inside and initial observations were confusing.

This is quite a good read and one that I did find very interesting as it took me back to a very different way of investigating crime. The laws were very different from today and the way things were undertaken to solve showed how things have changed over the years.

This was interesting for a number of reasons as it showed various aspects of society at the time, living conditions and also how the proceedings could be hampered by newspaper reports. I really enjoyed the way the author laid this book out, it made for following what could have been a very confusing account, much easier to follow. Questions led to more questions, sometimes leading to dead ends. There were various suspects and yet it took many months for things to finally come to a conclusion, even then it was not altogether clear cut.

The research is meticulous and there are some great footnotes to show how things have changed over the years. The facts have been used well and incorporated into a narrative of events. This makes for a practical and analytical read, showing the stories of those involved but without emotion. At times it felt like reading a newspaper article. I think this style is good for a true crime read, not that I have read that many, but it was a style I enjoyed.

This is a slower book and there is some overlapping, but this I think is expected given the era of the crime. We are lucky to have computers to cross-reference, double-check and back-up as well as have a much more advanced technology to assist with identification. There are mentions of major changes to the law to show a comparison between then and now.

This is a good read and one for those who enjoy true crime and especially historical crime. Well laid out, a good pace and some very interesting facts. I do think it could have been a little shorter in length but that is just my opinion. I would happily recommend this one. 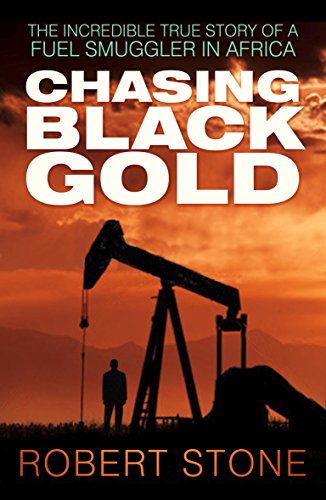