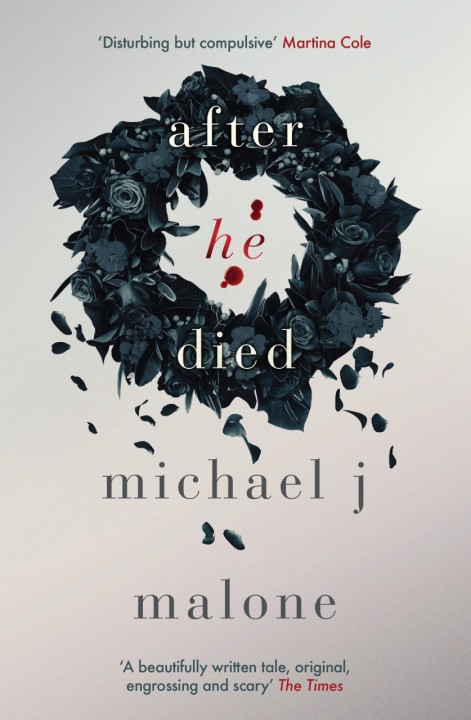 I am absolutely delighted to be sharing my thoughts on After He Died by Michael J Malone as part of the blog tour for Orenda Books. I would like to thank Anne Cater for my invite onto the tour for this fabulous book and also Orenda for my copy. You can get your own copy from AMAZON UK

You need to know who your husband really was…

When Paula Gadd’s husband of almost thirty years dies, just days away from the seventh anniversary of their son, Christopher’s death, her world falls apart. Grieving and bereft, she is stunned when a young woman approaches her at the funeral service, and slips something into her pocket. A note suggesting that Paula’s husband was not all that he seemed…
When the two women eventually meet, a series of revelations challenges everything Paula thought they knew, and it becomes immediately clear that both women’s lives are in very real danger.
Both a dark, twisty slice of domestic noir and taut, explosive psychological thriller, After He Died is also a chilling reminder that the people we trust the most can harbour the deadliest secrets…

Paula Gadd lost her son almost seven years ago, her husband has just died. But a stranger asking Paula how well she knew her husband leaves her questioning all she thought she knew.

Straight away I want to mention the cover, how simple, effective and amazing it is. The story itself is far from simple, but it is effective and it really is amazing. I got to meet Paula at the funeral of her husband Tommy, she is still stunned, shocked and in a daze when this random stranger just walks up and asks Paula how well she knew her husband…

By this point I am already hooked, what follows left me on the edge of my seat as the story unfolded. Paula is rocked and as she discovers there are things that her husband has done that she had no idea about. I also got to meet some of Tommy’s family and also the stranger and how she fits into the story. Yes this is vague for a reason, no spoilers from me..

This is a book that is fast paced but one where I forced myself to slow my reading of so I didn’t miss any little detail. The author does the most amazing job of building up tension and suspense and at the same time sows so many seeds of doubt along the way. The plot is deliciously deceptive and twisted, but never once did I feel confused, the writing simply flowed as the story was revealed.

The characters in the story are such a random lot, and yes some I did like, those that I couldn’t make my mind up about and some that completely hoodwinked me. I love the concept of how well you know someone and how the author has used that and then completely turned it on it backside to reveal a world of doubt, mistrust, conflict and finding the truth about the person you thought you knew.

This is the first book I have read by this author, I have now bought a myself a couple more as this was so amazing. If you are a fan of crime, mystery, thriller, and suspense with a good helping of domestic noir then you will absolutely want to read this one. An absolutely fantastic read that I would highly recommend.

Michael Malone is a prize-winning poet and author who was born and brought up in the heart of Burns’ country. He has published over 200 poems in literary magazines throughout the UK, including New Writing Scotland, Poetry Scotland and Markings. Blood Tears, his bestselling debut novel won the Pitlochry Prize from the Scottish Association of Writers. Other published work includes: Carnegie’s Call; A Taste for Malice; The Guillotine Choice; Beyond the Rage; The Bad Samaritan and Dog Fight. His psychological thriller, A Suitable Lie, was a number-one bestseller, and the critically acclaimed House of Spines soon followed suit. A former Regional Sales Manager (Faber & Faber) he has also worked as an IFA and a bookseller.

See what other Book Blogger think by following the tour 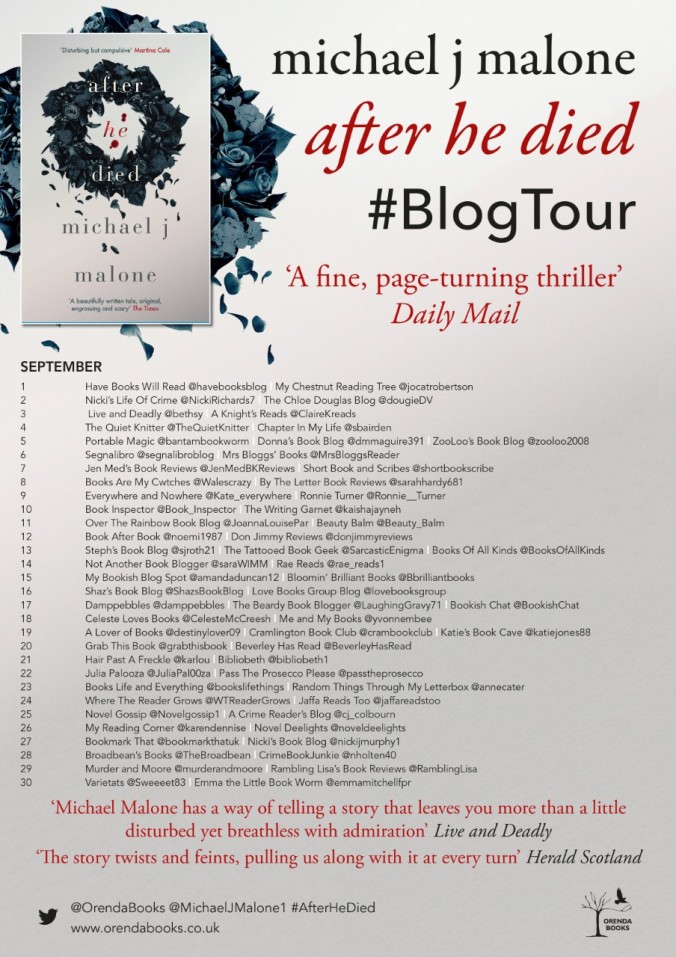 Six Steps to Happiness by Suzie Tullett is a fabulous #romcom read. It’s all about starting again after the breakdown of a marriage. It is humorous, has a fabulous cast of characters and a wonderful plot. #recommendedreading #bookblogger #fiction #romance
How gorgeous are the purple edges for #theplacesivecriedinpublic by Holly Bourne 😍💜 #bookpost #booklover #bookworm #bookblogger
#amreading - just another chapter before I go to work - of #the24hourcafe by Libby Page #lovebooks #bookworm #bookblogger
That’s me sorted for the evening #thetenthousanddoorsofjanuary by Alice E. Harrow #lovereading #booklover #bookreader #openfire #cosyhome

Books, cards and a Wobbly Life

From My Shelf to Yours

~Living life one page at a time~