I am delighted to be sharing my thoughts with you all for Perfect Silence by Helen Fields. I admit to be being a huge fan of this series and I was so delighted to get approval from Avon Book UK for my copy from NetGalley. You can purchase this book from 23rd August from Amazon UK and it is available in various formats.

When silence falls, who will hear their cries?

The body of a young girl is found dumped on the roadside on the outskirts of Edinburgh. When pathologists examine the remains, they make a gruesome discovery: the silhouette of a doll carved in the victim’s skin.

DCI Ava Turner and DI Luc Callanach are struggling to find leads in the case, until a doll made of skin is found nestled beside an abandoned baby.

After another young woman is found butchered, Luc and Ava realise the babydoll killer is playing a horrifying game. And it’s only a matter of time before he strikes again. Can they stop another victim from being silenced forever – or is it already too late?

So in this latest instalment there are two crimes, both as brutal as the other but in different ways and for ultimately different reasons. A young woman found dead with skin removed from her stomach and back. The second is the use of new drug Spice that leaves users zombified and open for attack.

I have read all the ‘Perfect’ books and always eagerly await the next in the series. This is where I say, yes each could be read as a stand alone but, in my heart of hearts I know that a series read in order works so much better for getting to know the characters and their dynamics within the group settings.

Perfect Silence for me had a slightly different feel to it in the respect that Ava seemed to take more of a lead in the story itself. She had been promoted, she is feeling her way in her new role and finding her feet. She also discovers that protocol and procedure falls directly to her to deal with. She is no longer part of the group as such because she is answerable to her own boss and responsible for the actions of her team. This actually made a lot of sense to me as far as her character development goes and in someway helps to stamp her authority.

So not only is Ava having to deal with a change in role she is also in the firing line from the powers that be, Overbeck in particular has been the proverbial ‘pain in the rear’ and it is a chance to get to know this one a little better. Good old, borderline cheeky / rude Lively is back and is another one I got to see a bit more of. There is a newcomer in the form of DS Graham, and what a nice form he has.

The story or should I say stories are of a bloody and gruesome nature, the authors descriptions does a great job of giving enough information to let your imagination do the rest. The cases are very different in the reasons for the attacks, they are not straightforward and the tension and frustration definitely start to mount.

As I mentioned earlier this for me was more about Ava rather the luscious Luc Callanch, I do have such a spot for him and as much as love his character I was more drawn to Ava. Don’t panic though he is still around and is as supportive as ever. But also he has his only little story going on, it is something I am not going to delve into as I am not as sure about this development in his character yet, but I’m interested to see where that part of his life will go.

So to kind of sum up a little, it is a fantastic next instalment in the Perfect books. If you have not read this series then you need to if you like dark, gritty, compulsive and addictive twisted story-lines. Ideal for crime, thriller, murder, mystery and tension filled suspense readers, it’s not all about the crime as there are things within some of the characters lives that are being brought out more as well, but the crime part is blooming brilliant 🙂

A book and series I would highly recommend.
My Reviews for the previous books:

My review for Perfect Remains – Buy from AmazonUK

My review for Perfect Prey – Buy from AmazonUK

My review for Perfect Death Buy from AmazonUK 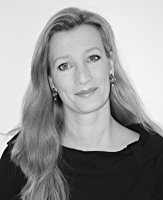 Helen Fields studied law at the University of East Anglia, then went on to the Inns of Court School of Law in London. After completing her pupillage, she joined chambers in Middle Temple where she practised criminal and family law for thirteen years. After her second child was born, Helen left the Bar.

Together with her husband David, she runs a film production company, acting as script writer and producer. Perfect Remains is set in Scotland, where Helen feels most at one with the world. Helen and her husband now live in Hampshire with their three children and two dogs.