I am delighted to be sharing my thoughts today on “If Fear Wins” by Tony J Forder as part of the blog tour by Sarah at Bloodhound Books. It is available in paperback and eBook format from Amazon UK Many thanks to Tony, Sarah, Bloodhound and NetGalley for my copy and spot on the tour.

When a torched body is found in a country lane, DI Bliss and Chandler are called in to investigate.

The detectives are drawn towards recent missing person reports, and believe their victim will prove to be one of them. Bliss thinks he knows which, and fears the outcome if he is proven right.

Soon the body is identified, and Bliss and Chandler discover evidence suggesting this murder might be a terrorist attack.

Meanwhile, someone from Bliss’s past needs his help, and soon he is juggling his personal life with the demanding case. To make matters more complicated, MI5 and the Counter-Terrorist Unit are called in to help solve the case. But are they on the right track?

Bliss and Chandler soon find themselves in a race against time, and this might just be their most challenging case yet…

A torched body, a missing person, possible terrorist threat, a friend needing help, MI5, a vindictive boss are just a few of the basics in this third in the series book. It can be read as a stand alone, the stories do have a continuing theme so to read the series would give a much better understanding.

The author definitely has a lot going on in this book as he takes the reader into a police procedural story. DI Bliss and Chandler are back working together and I really like this combo as they work their way through the streets and surrounding area of Peterborough. I really like the character of Bliss, in some ways he is corny, a little cliché but a great character all the same. He does have a the odd personality trait and a history that does not sit well with others but this adds a slight touch of humour to him and the story.

The plot is a labyrinth of twists that I have come to expect from this author with the red herrings along the way. The vast majority of the book is given to the investigations, briefings and the lives of the characters. The author gradually builds up the suspense and intrigue in the story before pulling the threads for the conclusion. I have not included anything about the plot for fear of spoiling it for other readers. The author has woven threads into the story that I didn’t expect and in a clear way as the story drew me deeper in.

This is darker and a little more gruesome than previous books. It also felt as if there was more police procedure to this than other with various agencies being involved with their bureaucratic faffing and interfering and this for me worked well.

A great read for those who like a clever plot in their crime, thriller, murder, suspense reads, and one I would definitely recommend. 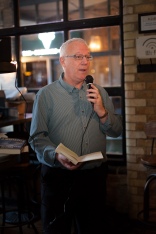 Tony J Forder is the author of the critically acclaimed crime thriller series featuring detectives Jimmy Bliss and Penny Chandler. The first two books, Bad to the Bone and The Scent of Guilt, will be joined in the series on 29 May 2018 by If Fear Wins.
Tony’s dark, psychological crime thriller, Degrees of Darkness, featuring ex-detective Frank Rogers, was also published by Bloodhound Books. This was intended to be a stand-alone novel, but Tony is now considering the possibility of a follow-up.

One book that will definitely see a sequel is Scream Blue Murder. This was published in November 2017, and received praise from many, including fellow authors Mason Cross, Matt Hilton and Anita Waller.

Tony lives with his wife in Peterborough, UK.

See what other Book Bloggers thinks by following the blitz 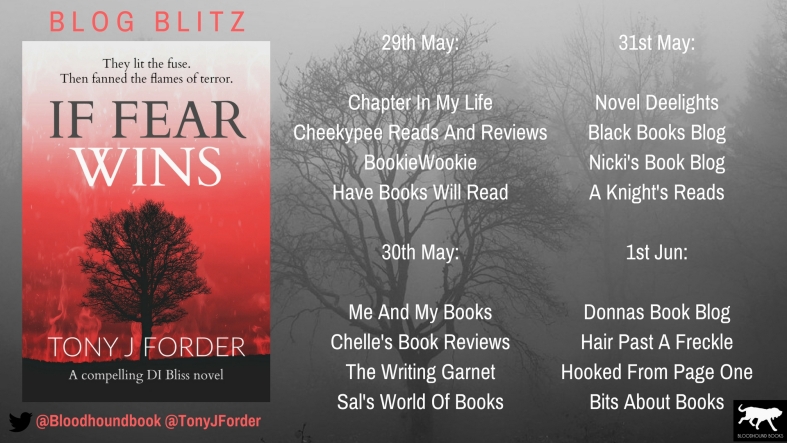