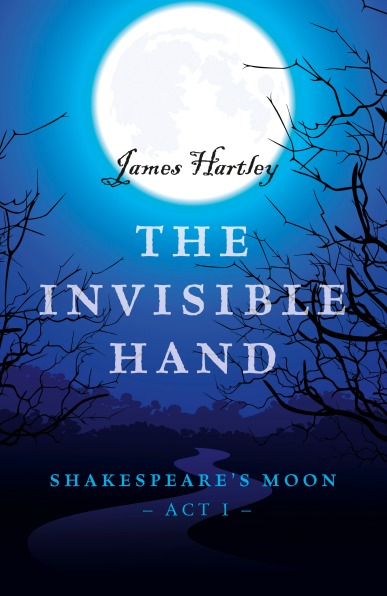 Today I have a wonderful Guest Post by James Hartley, author of The Invisible Hand : Shakespeare’s Moon – Act One.  James explains how books, especially those by Paul Theroux helped him.  Purchase from – Amazon UK ~ Amazon.com

The Invisible Hand is about a boy, Sam, who has just started life at a boarding school and finds himself able to travel back in time to medieval Scotland. There he meets a girl, Leana, who can travel to the future, and the two of them become wrapped up in events in Macbeth, the Shakespeare play, and in the daily life of the school. The book is the first part of a series called Shakespeare´s Moon. Each book is set in the same boarding school but focuses on a different Shakespeare play.

When books are your best friends

I was ill recently. Not anything life-threatening, but enough to put me down and keep me there, to change my world and leave me out of everyone else’s.

Stuck in the house, alone, immobile, I felt as though I were living a parallel existence to my neighbours and the rest of the world. My usual routine made no sense and was largely impossible. I wondered how everyone else could carry on, laughing and running about, when I was aching and felt so useless. As usual when I became ill, I could’t believe how much I´d taken my good health for granted and vowed to do a million things when I got better and never be lazy again.

Unable to sleep or concentrate on films or television, I reached for the books I´d been reading up to then and rejected them: no, they were for when I was well. Some other person had been reading those books, not me. Now I needed something different. Some comfort reading, perhaps, but not necessarily an easy read. Just a dependable one. An old friend.

Looking about the house, I spied Paul Theroux´s book about travelling the coast of the Mediterranean, The Pillars of Hercules, up on a top shelf in the living room, and thought: Yes, that´s what I want. What I need. I have all of Theroux´s travel books huddled together at home, close at hand; battered old copies which have criss-crossed the world and relationships with me.

I don´t know what it is about these books, why they comfort me in dark times, but I think it has something to do with the time I suffered a shocking bereavement, over ten years ago now. Someone very close to me had left the house in the morning and had never come home. It was an accident, they said, but that´s no comfort. There are no answers in accidents, only chaos and misery.

Nobody could console me then, no words or drink or actions, and I really don´t know how I even managed to start reading. Perhaps it was an escape from the tears and reality. Back then it was The Happy Isles of Oceana, by Theroux, and I still have the copy I dived into all those years back. That book got me through a vile time. It somehow managed that odd trick books have, like sleep, shock or love, of playing with time, of taking me out of myself, away from my real life, to bathe in a kind of collective sea of imagination which replenished me and gave me a breather and made me come back stronger.

I always feel the need to keep these books close to me after periods in my life like this. They are like mementos, gateways to times past, reminding me of where I’ve been, where I come from. They are good, old friends, always the same and always different each time we meet.

Now, getting better, I salute those old friends, gathering dust, looking down upon me from that top shelf, and I remember why they are they´re there. They´re there because, like me, they have survived and come through.

The trick is to never take them, your health or your life for granted.

I hope you are now on the road to recovery James.  Personally I find books to be a great friend when not feeling well, they can help lift your spirits and have no expectations.  Thank you for taking the time to share your thoughts today, and I wish you all the very best.  Yvonne xx 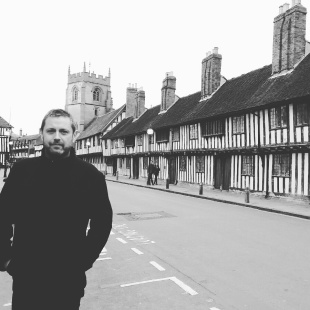 James was born on the Wirral, England, in 1973 on a rainy Thursday. He shares his birthday with Bono, Sid Vicious and two even nastier pieces of work, John Wilkes Booth and Mark David Chapman.

His mother was a hairdresser with her own business and his father worked in a local refinery which pours filth into the sky over the Mersey to this day. They married young and James was their first child. He has two younger brothers and a still-expanding family in the area. As an Everton fan he suffered years of Liverpool success throughout the seventies and was thrilled when his father took a job in Singapore and the family moved lock, stock and two smoking barrels to Asia.

He spent five fine years growing up in the city state before returning to the rain, storms, comprehensive schools and desolate beauty of the Scottish east coast. Later years took he and his family to baking hot Muscat, in Oman, and a Syria that has since been bombed off the surface of the planet.

James studied journalism in London and later travelled through Ireland, France, Germany and India generally having a good time, before finally settling in Madrid, Spain, where he now lives with his wife and two children.

*Terms and Conditions –Worldwide entries welcome.  Please enter using the Rafflecopter box below.  The winner will be selected at random via Rafflecopter from all valid entries and will be notified by Twitter and/or email. If no response is received within 7 days then I reserve the right to select an alternative winner. Open to all entrants aged 18 or over.  Any personal data given as part of the competition entry is used for this purpose only and will not be shared with third parties, with the exception of the winners’ information. This will passed to the giveaway organiser and used only for fulfilment of the prize, after which time I will delete the data.  I am not responsible for despatch or delivery of the prize.

See what other Blog Tour participants thought of this book.

Many thanks for reading my post, if you liked it please give it a share. Or, get yourself a copy and let me know what you think 🙂 xx