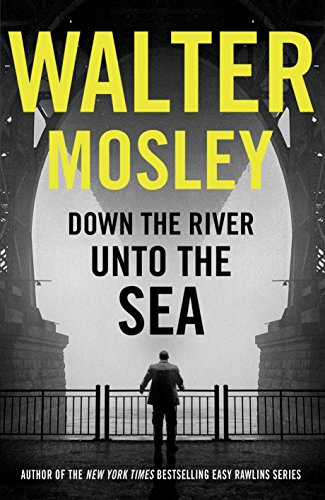 Today I am sharing my thoughts on “Down The River Unto The Sea” by Walter Mosley.  It is published by Orion Publishing Group and available for purchase on 8th March 2018.  Pre order in various formats HERE.

Joe King Oliver was one of the NYPD’s finest investigators until, dispatched to arrest a well-heeled car thief, he is framed for assault, a charge that lands him in the notorious Rikers Island prison.

A decade later, King is a private detective, running his agency with the help of his teenage daughter, Aja-Denise. When he receives a card in the mail from the woman who admits she was paid by someone in the NYPD to frame him all those years ago, King realises that he has no choice but to take his own case: figuring out who on the force wanted him disposed of – and why.

At the same time, King must investigate the case of black radical journalist Leonard Compton, aka A Free Man, accused of killing two on-duty police offices who had been abusing their badges to traffic drugs and women into the city’s poorest neighbourhoods.

In pursuit of justice, our hero must beat dirty cops and even dirtier bankers. All the while, two lives hang in the balance: Compton’s, and King’s own.

Joe King Oliver (AKA King) has spent time in Rikers Island Prison, after three months he is released.  He didn’t commit the crime he was accused of, it was a set up.  Ten years later he is running a P.I business and when the chance to look into his own case along he cannot resist, he wants to know who was behind his incarceration.

I will admit to being a little bit conflicted with this book and finding that writing my thoughts a little bit of a challenge.  On the one hand there are several things I liked about the story, such as King, a damaged, emotionally (and physically) scarred personality, I liked his back story and his progression through the psychological scars that he still carries with him.  Now the confusing (for me) bits.  The cast is huge, there are so many players, secondary characters and just pop in and gone characters that I found I was loosing track of who was who.  Also there are two cases being investigated within this book, that of King and then another that he is investigating.  They are both strong and I think they were too strong to run together, I wanted to read them as separate stories and feel I would have got a better understanding of them.

Even though there were some elements of this story that didn’t work for me or that I struggled with, this is a book I would still recommend.  It is a strong, complex crime, mystery,thriller with  King as the main protagonist who is gritty, emotional and interesting.

My thanks to NetGalley and Orion Books for my eARC of this book, my views are my own and unbiased. 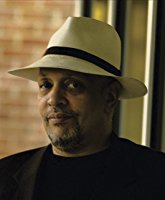 Walter Mosley is one of America’s best loved authors. He is the author of the internationally bestselling Easy Rawlins series, and his novels include Devil in the Blue Dress, which was made into the acclaimed film of the same name starring Denzel Washington and Don Cheadle. His books have been translated into 23 languages and have sold more than 3.5 million copies to date. He lives in New York City.
Website

Many thanks for reading my post, give a share if you liked it.  Or grab a copy of your own HERE 🙂 xx