I am delighted to be sharing my thoughts on “The Confession” by Jo Spain.  It is published by Quercus Books and available in various formats, however hard and paperback are due to be published on 25th January 2018.  I received my copy of this book via NetGalley, my thoughts are my own and are unbiased.

Late one night a man walks into the luxurious home of disgraced banker Harry McNamara and his wife Julie. The man launches an unspeakably brutal attack on Harry as a horror-struck Julie watches, frozen by fear.

Just an hour later the attacker, JP Carney, has handed himself in to the police. He confesses to beating Harry to death, but JP claims that the assault was not premeditated and that he didn’t know the identity of his victim. With a man as notorious as Harry McNamara, the detectives cannot help wondering, was this really a random act of violence or is it linked to one of Harry’s many sins: corruption, greed, betrayal?

This gripping psychological thriller will have you questioning, who – of Harry, Julie and JP – is really the guilty one? And is Carney’s surrender driven by a guilty conscience or is his confession a calculated move in a deadly game?

When a stranger walks into a house, beats up the husband as the wife watches frozen, unable to do anything to help or stop the attack, you know there will or should be a pretty good reason for it.

Oh! This is a good read, a well paced psychological thriller.  It is set over several years, filling in the background of the main characters.  The chapters are told by different characters and from their own perspectives.  They flit between times and places with quick succession.  It did take me a few chapters to get to grips with this, occasionally loosing what time I was in, but its one of those books that, as you read you get to learn the style and format.

The characters themselves, I have mixed opinions on some and changes my opinion on others.  This is a good thing by the way, for me it means the author has manipulated my feelings as I have read and therefore my opinion matches the character as they change, or you learn more about them. Now as for the plot, it is one of those deliciously deep and twisty ones that kept me guessing, even when things were being drawn together for the conclusion a few more sneaky twists were included in this slippery tale.

This is a book that I would definitely recommend to readers who like a good psychological thriller with twists that are revealed at the end with extra twisty bits.  It also has elements that show the contrasts of two different social backgrounds, one poor and one rich, the haves and the have nots.  A well written and executed read that kept me turning the pages avidly. 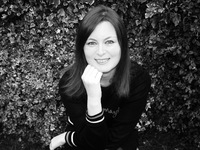 Jo Spain is the author of the Inspector Tom Reynolds series. Her first book, top ten bestseller With Our Blessing, was a finalist in the 2015 Richard and Judy Search for a Bestseller. The Confession is her first standalone thriller.
Jo is a graduate of Trinity College Dublin, a former political advisor in the Irish parliament and former vice-chair of InterTrade Ireland business body.
Jo lives in Dublin with her husband and four young children. In her spare time (she has four children, there is no spare time really) she likes to read. Her favourite authors include Pierre Lemaitre, Jo Nesbo, Liane Moriarty, Fred Vargas and Louise Penny. She also watches TV detective series and was slightly obsessed with The Bridge, Trapped and The Missing.
Jo thinks up her plots on long runs in the woods. Her husband sleeps with one eye open and all her friends have looked at her strangely since she won her publishing deal.

Many thanks for reading my post, if you liked it then please give a share.  Better still, go and get a copy of this book xx