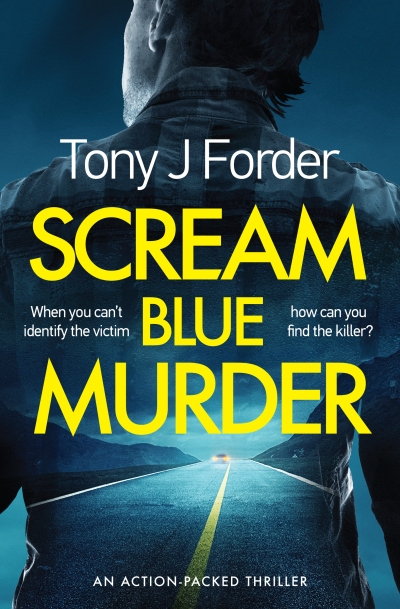 Mike Lynch is going through hard times. But things get much worse when he witnesses a murder in a lay-by. Snatching the victim’s car in order to get away, Mike soon makes a shocking discovery – the victim’s young daughter and her nanny are hiding in the rear footwell. This is when the real trouble begins.

Mike wants to go to the police, but the nanny, Melissa, wants to delay until the daughter, Charlie, is somewhere safe. Mike agrees to this request before finding out the seriousness of the situation, and just how much danger they are really in.

In a situation where nothing is what it seems, Mike will have to fight for his life to protect a woman and a child he doesn’t know. And when the death count rises, he will discover what kind of man he really is.

When you can’t identify the victim, how can you find the killer?

When I was approached by Sarah to see if this would be a book I would like to read, I all but snapped her hand off.  A couple of months ago I read Degrees of Darkness (Amazon link) and when the offer of reading Scream Blue Murder came along, I have to admit to not reading the synopsis.  I went with the fact that I had read one book by this author and loved it, so would trust that he could deliver again. So as I read this one, I was not expecting to come out with so many what the hell’s, no way’s, bloody hell’s, and what the f.. well you get the idea.  I was also glad I read it on my kindle, if it had been in book format I would have lost my page so many times, as I threw my hands up in the air on several occasions.   I must quickly add at this point, all these exclamation are good ones,  I loved it so much.  I rated his last book as a 5 star on Amazon and Goodread’s, now want to know where the button is to add a 6 star review.

Anyway, to the story.  Mike Lynch has had a really bad day.  When you think of the phrase “wrong time, wrong place” this is Mike, he really was in the wrong place at the wrong time.  He only pulled into a lay-by to stretch his legs, when he witnesses a murder, he sees one option, to jump into the waiting car and drive off.  The car is the victims car and he discovers it has two passengers hiding behind the seat, a young woman and a child, they add to the problems.  What follows is something much more than a problem, it becomes a matter of survival.

The author has managed to create an deeply intricate and twisted plot line.  There are so many stories and threads that have been manipulated to create a very fast paced, action packed, well written story.  There are quite a few characters  in this book, but the main focus is really on Mike and Melissa, how they work through to discover the why’s and the who’s of this murder.  As they get to know each other the reader is given a great background into their histories, and  what makes them tick, but more importantly the reasons behind their actions and reactions.

The author has not missed a beat with this book, well in my opinion he hasn’t.  He has covered so many angles, throwing so many curve balls, giving outcomes that I did not see coming at all, and when they were delivered it was without warning, with a punch.

Highly recommend this book to readers who like action packed, hard hitting, hold nothing back murder, mystery, thriller, crime books.  It has memorable characters, is addictive from start to finish, with great plots and twists and is well written.

I would like to thank Sarah Hardy and Bloodhound Books for my spot on the tour.  Also huge thanks to Tony for an amazingly brilliant read. My thoughts are my own and are unbiased. 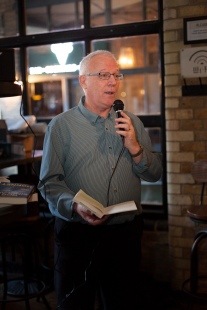 Tony J Forder is the author of the critically acclaimed crime thriller Bad to the Bone, the first in a series featuring DI Jimmy Bliss and DC Penny Chandler. The second book in the series will be released in 2018, with a third currently in progress.

On 19 September 2017, Tony’s dark, psychological crime thriller, Degrees of Darkness, featuring ex-detective Frank Rogers, was also published by Bloodhound Books. This was intended to be a stand-alone novel, but Tony is now considering the possibility of a follow-up.

On 8 November, Bloodhound Books will publish Tony’s new fast-paced action thriller, Scream Blue Murder. This is the first novel in an intended series, and has received praise from both Mason Cross and Matt Hilton.

Some years ago, Tony won a short story competition judged by an editor from Pan Books. The story, Gino’s Bar and Grille, went on to be published in Dark Voices 2, part of the celebrated Pan Book of Horror series. Three further short story sales followed: Book End, published in Dark Voices 4, Character Role, in FEAR magazine, and finally A Grim Story, which featured in A Rattler’s Tale. It was the start of Tony’s publishing journey.

Tony is signed to Bloodhound Books for a minimum of four books, but believes there is much more to come.

Many thanks for reading my post.  If you liked it, give it a share.  Better still, go and buy the book.