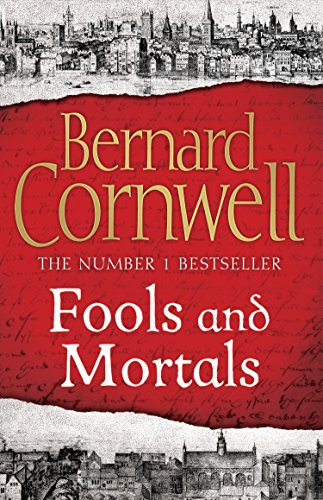 A dramatic new departure for international bestselling author Bernard Cornwell, FOOLS AND MORTALS takes us into the heart of the Elizabethan era, long one of his favourite periods of British history.

Fools and Mortals follows the young Richard Shakespeare, an actor struggling to make his way in a company dominated by his estranged older brother, William. As the growth of theatre blooms, their rivalry – and that of the playhouses, playwrights and actors vying for acclaim and glory – propels a high-stakes story of conflict and betrayal.

Showcasing his renowned storyteller’s skill, Bernard Cornwell has created an Elizabethan world incredibly rich in its portrayal: you walk the London streets, stand in the palaces and are on stage in the playhouses, as he weaves a remarkable story in which performances, rivalries and ambition combine to form a tangled web of intrigue.

Set in Elizabethan England, at a time when static playhouses are still in their infancy, as the days of players touring the country will gradually decline.  The story focuses on one playhouse and it’s players known as the Lord Chamberlain’s Men.  It is here where the reader in introduced to Richard, a small time actor who has followed his estranged brother to London.  His brother is the script writer William Shakespeare and scripts are becoming a valuable commodity.  Because the audiences are now going to the playhouse then there is a need for more plays.  It is at this time that William is creating A Midsummer Nights’ Dream and also Romeo and Juliet.

Richard is where the focus of this story lies, we are told why and how he decided to follow his older brother to London as well as his experiences of acting, living and social conditions  This is at a time when the playhouses are being targeted by the Pursuivants, who have the belief that what they the players do is all a lie, cheat and are generally considered to be rogues and criminals, luckily for us Queen Elizabeth and other notable aristocracy of the time were big supporters and so we have access to theatres today.

This is a really good read with a lot of historical research.  Cornwell is well-known for his historical fiction books, they tend to be more battle based.  This is a shift away from that style, this is has a real different feel to his previous works.  It is lighter and entertaining, but still shows the huge amount of research as his other books.  There are many characters to get to know, but once that is done the story becomes very addictive and a page turner.

Cromwell has included a very interesting “Historical Notes” addition at the end of the book, here he discusses the origins of the playhouse as well as the historical figure he has used in the story.

If like me you like historical fiction genres, then this is a book I would recommend.  It has a great cast of characters, that will lead the reader through jealous rivalries, romance, betrayal as well as having some great historical content.  I would like to thank NetGalley and Harper Collins for my eARC copy of this book.  My views expressed are my own and are unbiased. 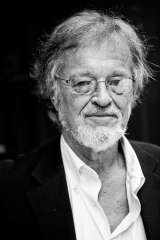 Born in Essex in 1944 Bernard Cornwell was adopted at the age of six weeks by two members of a strict fundamentalist sect called the Peculiar People. He grew up in a household that forbade alcohol, cigarettes, dances, television, conventional medicine and toy guns. Not surprisingly, he developed a fascination for military adventure. As a teenager he devoured CS Forester’s Hornblower novels and tried to enlist three times. Poor eyesight put paid to his dream, instead he went to university to read theology. On graduating, he became a teacher, then joined BBC’s Nationwide, working his way up the ladder to become head of current affairs at BBC Northern Ireland, then editor of Thames News. In 1979, his life changed when he fell in love with an American.

Judy couldn’t live here, so I gave up my job and moved to the US. I couldn’t get a green card, and for 18 months the only thing I could do was write novels. The result was his first book about 19th century hero, Richard Sharpe, Sharpe’s Eagle.

Today he has 20 Sharpe adventures behind him, plus a series about the American Civil War, the Starbuck novels; an enormously successful trilogy about King Arthur, The Warlord Chronicles; the Hundred Years War set Grail Quest series; and his current series about King Alfred.

Bernard Cornwell owns houses in Cape Cod and Florida and two boats. Every year he takes two months off from his writing and spends most of his time on his 24 foot Cornish crabber, Royalist.