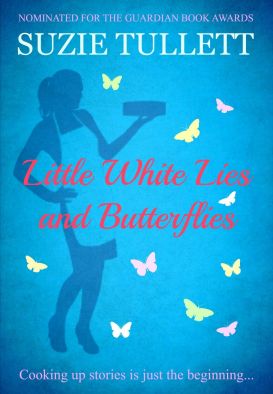 I am very pleased to be on the blog blitz for this book.

This is not a genre I tend to read very often, it is a chick lit style romance, and I really enjoyed it.  I thought it was a light-hearted read and I do admit to guessing some of the scenarios, but I still did really enjoy it.

It is set on a Greek Island, with the main character Lydia, she is fed up with not finding her Mr. Perfect so she has decided to take herself off on holiday, alone. Things are not smooth sailing for her and after a series of unfortunate, or fortunate events, depending on your outlook, she forms a friendship with Sam. She seems to fit in well with the locals, but one little white lie soon escalates.  Rather than tell the truth, she tries to save face.  Help arrives from a surprising quater, to dig her out of trouble and also giving her much more to think about. Things are not all she thought they were, and people are so much more than she thinks they are.

As I said this is not my normal genre, but I found it made a really great change to the norm.  I found the characters very well-developed, Lydia especially.  She has been well described to the point that I found her very annoying in how judgemental and assuming she was at times, as well as wanting to tell her “to get over herself” with her annoying attitude at life and people around her.  Various different events cropping up through the story added several dimensions to her character, giving different view points and perspectives of her, again this I really liked. The setting of the story certainly was described very well, I have never been to Greece, but the way the author described the area jumped out at me.  I had no problem visualising her scene.

Overall a very enjoyable read, that would, I think, appeal to readers of Chick/Lit and Romance genres.  I would like to take the opportunity to thank Sarah Hardy, Bombshell Publishers and Suzie Tullett for giving me the opportunity to read Little White Lies & Butterflies.  My views expressed are my own, they are honest and unbiased.

Lydia knows first-hand that ‘having it all’ isn’t everything it’s cracked up to be. As far as she’s concerned, when it comes to job versus family, it’s a case of one or the other. And whilst most women her age have spent years climbing the corporate ladder, she’s made a career out of bagging her perfect man. Now nearly thirty and still single, Lydia wonders if she’d made the right choice.

Realising the time has come to take stock, she goes against her family’s wishes and goes travelling in the hope of finding a new direction. At least that’s the plan.

So when Sam comes along, she decides to tell a little white lie, re-inventing herself as a professional chef – not exactly the best new identity for a woman who can’t cook. But the truth can’t stay hidden for long and when her family show up unexpectedly things go from bad to worse…

Can Lydia find love? Will she ever learn to cook?

Little White Lies and Butterflies is a heart-warming comedy about finding your place in the world.

Suzie Tullett is an author of contemporary humorous fiction and romantic comedy. She has a Masters Degree in Television & Radio Scriptwriting and worked as a scriptwriter before becoming a full-time novelist. Her motto is to ‘live, laugh, love’ and when she’s not busy creating her own literary masterpieces, she usually has her head in someone else’s.

Suzie lives in a tiny hamlet in the middle of the French countryside, along with her husband and two Greek rescue dogs.

A very welcome visitor in the morning sunshine #gardenersfriend #ladybird #cornishgarden
Looking forward to starting #MagpieLane by Lucy Atkins before I go to work tonight #booklover #bookworm #bookstagram #bookblogger
Makeover shenanigans... I give you Almost Audrey 2 I now need to watch #littleshopofhorrors 🎥 🎶😍 #postnightshiftfeels
Six Steps to Happiness by Suzie Tullett is a fabulous #romcom read. It’s all about starting again after the breakdown of a marriage. It is humorous, has a fabulous cast of characters and a wonderful plot. #recommendedreading #bookblogger #fiction #romance