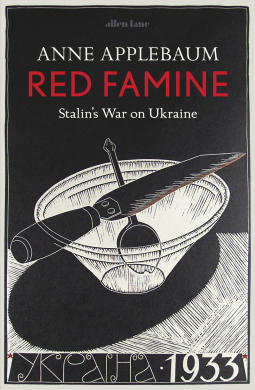 This is a well laid out book that covers a very large and important piece of Russian and Ukranian history .  It is very compelling reading and I think would be an invaluable book for those who want to know more regarding this area.

I know very little about the Ukraine and the atrocities that were committed upon it and it’s people.  I have vague memories from very generalised history lessons at school as a teenager. But now, after reading this account of events, I am aware of the depths people have gone to, to achieve power.

For me, this book seems to be a very comprehensive account of the Ukraine between the years of 1917-1934.  It discusses how the rich, fertile soil made for the ideal conditions of growing grain, it then follows through the history to tell how Ukraine wanted to become autonomous of the Imperial Russian Empire, this is something that Russia did not want to happen, due to it’s reliance on Ukraine being a valuable food provider.  It is quite disturbing how the peasants from Ukraine are seen by Russia, they are viewed as worthless , their culture and language to be ignored under the overpowering Russian rule and how they were persecuted beyond belief.  This book goes through the chronology of events that include a huge and and vast amount of bloodshed and atrocities.

As I said this is comprehensive, there is a huge amount of information and it also includes sources.  It discusses the politics, revolts and fighting for the power to rule a country, and what methods were employed to maintain the power for as long as possible during a time of huge unrest.

This is a book I have found quite hard to review due to the vast amount of detail.  There is so much detail I could include, but I have decided to limit myself.  What I really want to say is “Just go and buy this book, you will not be disappointed”

I would highly recommend this book to Historical and Factual readers, and especially for those with an interest in Europe, Russia and Ukraine.

I would like to thank NetGalley and Penguin UK for allowing me a copy of this book.  My opinion is honest, unbiased and is my own.

The momentous new book from the Pulitzer Prize-winning author of Gulag and Iron Curtain. In 1932-33, nearly four million Ukrainians died of starvation, having been deliberately deprived of food. It is one of the most devastating episodes in the history of the twentieth century. With unprecedented authority and detail, Red Famine investigates how this happened, who was responsible, and what the consequences were. It is the fullest account yet published of these terrible events. The book draws on a mass of archival material and first-hand testimony only available since the end of the Soviet Union, as well as the work of Ukrainian scholars all over the world. It includes accounts of the famine by those who survived it, describing what human beings can do when driven mad by hunger. It shows how the Soviet state ruthlessly used propaganda to turn neighbours against each other in order to expunge supposedly ‘anti-revolutionary’ elements. It also records the actions of extraordinary individuals who did all they could to relieve the suffering. The famine was rapidly followed by an attack on Ukraine’s cultural and political leadership – and then by a denial that it had ever happened at all. Census reports were falsified and memory suppressed. Some western journalists shamelessly swallowed the Soviet line; others bravely rejected it, and were undermined and harassed. The Soviet authorities were determined not only that Ukraine should abandon its national aspirations, but that the country’s true history should be buried along with its millions of victims. Red Famine, a triumph of scholarship and human sympathy, is a milestone in the recovery of those memories and that history. At a moment of crisis between Russia and Ukraine, it also shows how far the present is shaped by the past. 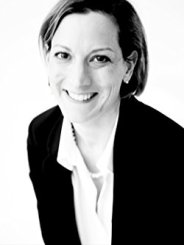 Anne Applebaum is a journalist, a historian and the author of several books about the Soviet Union and central Europe. Her most recent book, “Iron Curtain: The Crushing of Eastern Europe, 1944-1956” was a finalist for the National book Award and won the Cundill Prize for Historical Literature. “Gulag: A History” won the 2003 Pulitzer Prize for Non-Fiction. Her writing appears regularly in the Washington Post, Slate, the New York Review of Books and the Spectator, as well as Foreign Affairs, Foreign Policy, the New Yorker and many other journals. She first reported from Poland in 1989, and still lives there part of the time with her husband, Radek Sikorski, a Polish politician and writer. She is also the author of a cookbook, “From a Polish Country House Kitchen” and a travelogue, “Between East and West.”