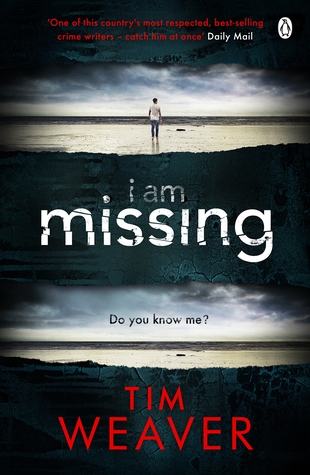 This is the first book I have read by Tim Weaver, and did not realise it was part of a series when i requested it.  Part of the David Raker series, but works extremely well as a stand alone.

I really liked the idea behind the main plot of the story.  Raker is a missing persons investigator, when Richard approaches him and asks him to help Raker agrees.  Who is he to find ? He is to find Richard himself, a sufferer of dissociative amnesia, he cannot remember his real name, date of birth, address, where he is from, he knows nothing.

I really liked how the normal, everyday aspects of this condition were approached.  Because Richard does not know his birth date or national insurance number, he has no access to banks, driving license, rent a house or work amongst other things.  All things that I had not even considered until this point.

There are quite a few plot twists going on in this book, various sub plots all adding up to create a very in-depth and intriguing scenario, that goes far beyond its original point of origin.

There are three distinct stories within this book.  That of Raker and Richard, then the tale of two young girls growing up, and then travelogue extracts from a book.  These three sections provide past stories, histories and accounts, a little confusing at first due to not knowing what part they play, but once you start to realise the links between them and the main story, it makes a lot of sense and adds a real depth to the story.

At times I did feel that there was a lot of extra descriptive passages, and occasionally felt repetitive.  But overall a really interesting read, with some great characters and wonderfully described settings.

I would recommend this book for readers of Crime / Thriller / Mystery genres.

I wish to express my thanks to Netgalley, Penguin Uk-Michael Joseph for allowing me a copy of this book for my honest and unbiased review.

When a young man wakes up bruised, beaten and with no memory of who he is or where he came from, the press immediately dub him ‘The Lost Man’.

Ten months later, Richard Kite – if that is even his real name – remains as desperate as ever. Despite appeals and the efforts of the police, no one knows this man.

Kite’s last hope may be private investigator David Raker – a seasoned locator of missing people. But Raker has more questions than answers.

Who is Richard Kite?

Why does no one know him?

And what links him to the body of a woman found beside a London railway line two years ago?

I Am Missing is the outstanding new novel from Sunday Times bestselling author Tim Weaver.