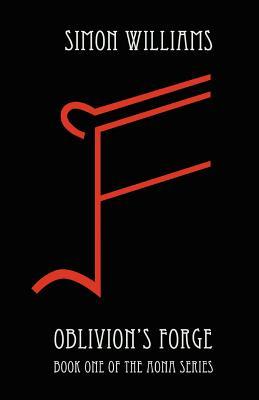 I would like to say a big “Thank You” to Simon for bringing this book to my attention, for my honest and unbiased review.
This is the first book of Aona Series of, if the initial book is anything to go by, then I cannot wait to read the rest.
MY THOUGHTS:
This is a wonderfully written first book in a series of five.  The detail contained is huge and is a book you will want to savour and not race through.  There is a vast array of well described and developed characters , with the setting as engrossing as the characters themselves and their stories.  As I was reading this I felt myself thinking that there was a strain of Tolkien in the background.
It has an amazingly intricate and complex Good ‘v’ Evil storyline to it. To give a full review without giving away some of the plot is very difficult as it is so tightly entwined.  There are some great characters, I really liked the diversity and memorable nature of those such as Vornen, Jaana, Iyoth, Lyya and Amethyst to name a few.
If in a story you love and relish grim, gripping, addictive sorcery, portals, assassins, mysterious foul and unwholesome beings, shadows and this is only scratching the surface, then you will really want to read this.
I would highly recommend this book to readers of Dark Fantasy.  I look forward to reading the rest of this series in the future.
BOOK SYNOPSIS:
For thousands of years they have sought the world from which they were cast out. Now, at last, Aona has been found. The younger races of this world will all be swept up in a struggle for survival, as their ancient, malevolent masters, guardians of all Aona’s secrets, rise to do battle with their foes, remorseless destroyers of world after world throughout the known Existence.
BOOK DETAILS:
Paperback, 346 pages
Published July 1st 2011 by Completelynovel.com
ISBN 1849141754 (ISBN13: 9781849141758)
Edition Language English
ABOUT THE AUTHOR:

Simon Williams is an author of dark fantasy with elements of science fiction and horror, and a rather shapeless male of indeterminate age who seems intent on writing about himself in the third person.

If you’re especially lucky you may see him half-shambling, half-rolling along the street in his home town of Trumpton. You’ll catch the best view from the other side of the road, which is probably where you’ll be anyway. Small children will point excitedly and turn to their parents to exclaim, “It must have been *one hell of a* spade to do that!”

He is the author of the Aona series (five books in all, and the series is complete) and Summer’s Dark Waters, which is a fantasy / sci-fi adventure aimed more at children and teens although judging by the reviews a lot of adults seem to like it too.