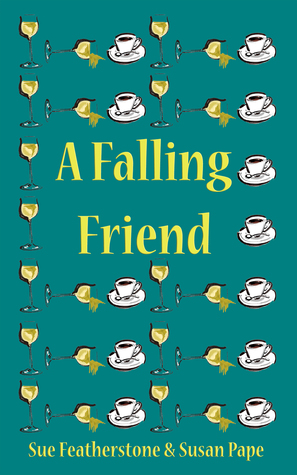 I was lucky enough to win this e-book on a giveaway run by Lakewater Press. Here is my honest review.

This is about two friends Teri and Lee, they are lecturers in a Yorkshire University. The story alternates chapter by chapter between the two women. One is described as slim and good-looking, the other a bedraggled charity shop user.  They have been friends for many years. The story begins with them at an event run at the university.  As the story develops we get a glimpse into each of their worlds, they are support for each other, share thoughts, dreams and future aspirations.  Their childhoods are described and show a big difference in the way their parents raised them.

As the story unfolds it becomes obvious that the two women we met at the beginning are not the same two we see at the end.  They have each had to go through various personnal and professional issues, leaving them very different people.

I enjoyed this story, and I would recommend this book to Book Reading and Discussion groups, I feel there would be a lot of things in the story to make great topics for debate. It has a meandering pace and is pleasant to read.  Ideal for a lazy afternoon.

THE BLURB:    A Falling Friend by Sue Featherstone and Susan Pape, a tale of two friends – one who always seems to make the wrong choices, and the other who’s always there to catch her.
After spending her twenties sailing the globe, making love on fine white sand, and thinking only of today, Teri Meyer returns to Yorkshire, England, —and to studying. That’s when she discovers John Wilmot, the second Earl of Rochester, and poet of all things depraved. What she doesn’t realise is even beyond his grave, his influence over her is extraordinary. To hell with the consequences.
Having gone out on a limb to get old friend Teri a job at the university at which she teaches, it doesn’t take long for Lee Harper to recognise a pattern. Wherever Teri goes, whatever she does, every selfish choice she makes, it’s all setting her up for a nasty fall. But Teri’s not the sort to heed a warning, so Lee has no choice but to stand by and watch. And besides, she has her own life to straighten out.
Published by Lakewater Press, a new boutique publishing house, based in Queensland, Australia, but with a worldwide reach.